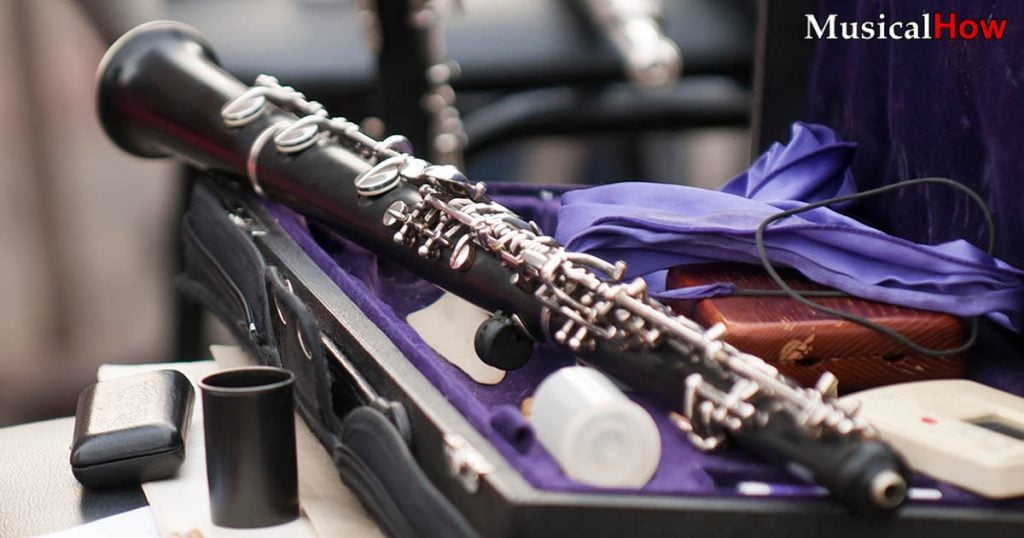 If you’re reading this, you’re probably looking into a bassoon for your musically inclined child or thinking about getting into it yourself. Either way, bassoons look pretty complicated and that’s because they are. Fortunately, you won’t have to worry about hundreds of different variations complicating things even further. The fact is, there are only two […] 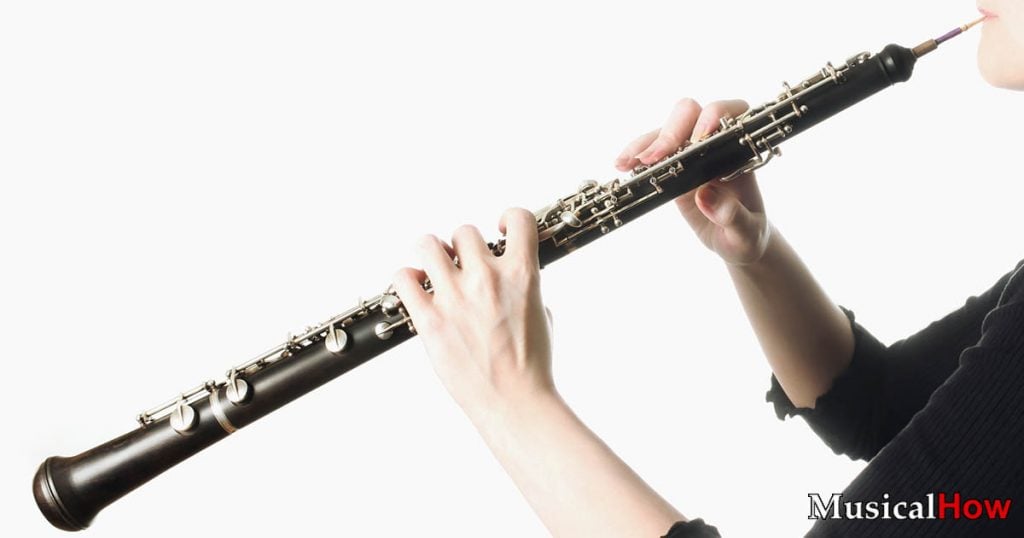 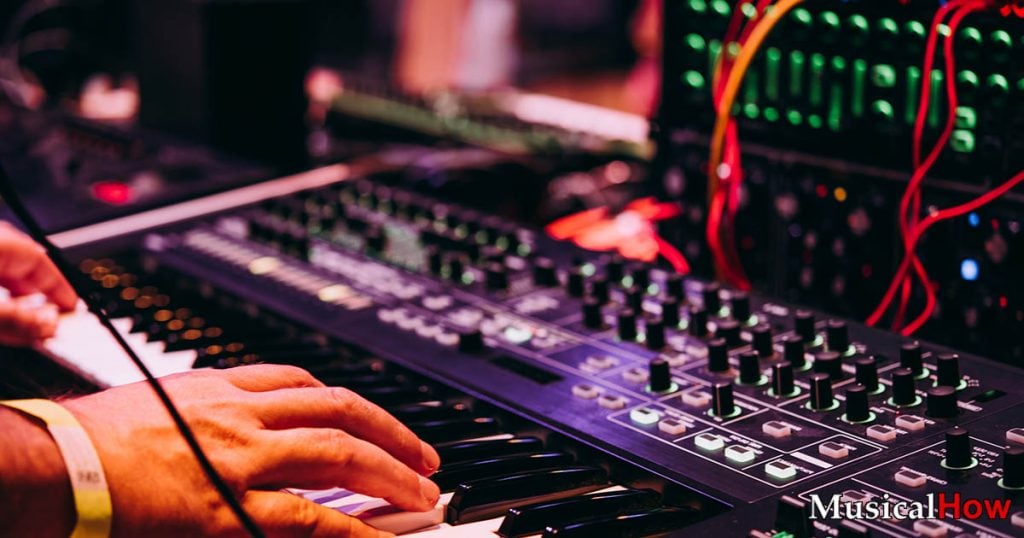 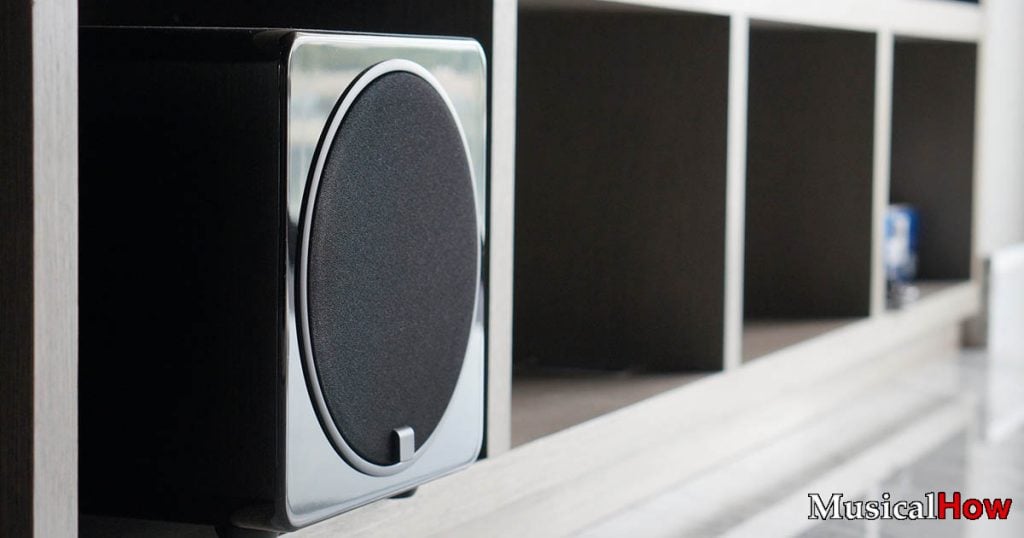 Subwoofers may seem like an important addition to your sound system and nothing more to those who don’t typically involve themselves too deeply in the ins and outs of audio choices and sound systems. If you’re putting together a decent sound system, it may surprise you to know that there are a lot of choices. […] 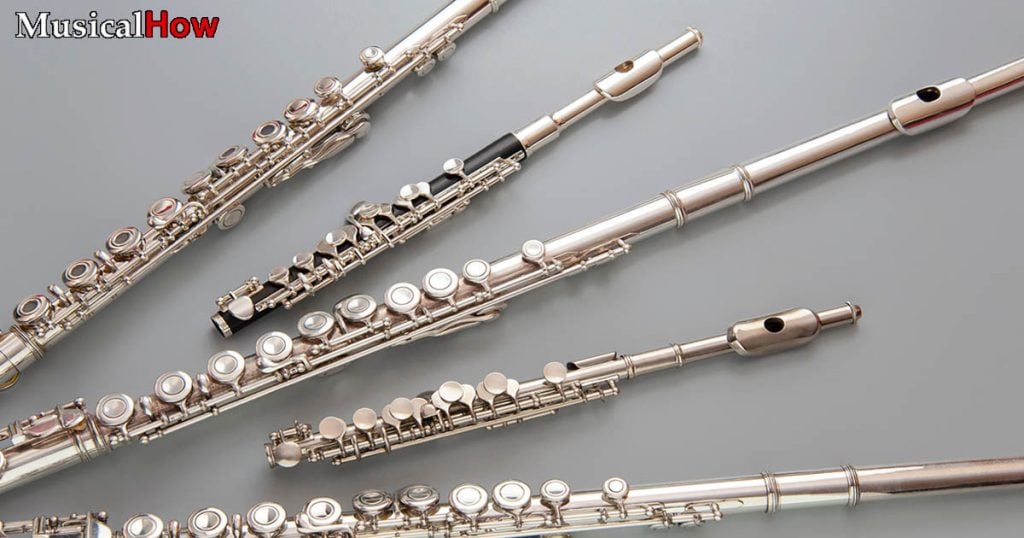 Flutes have a magical sound quite distinct from any other woodwind instrument. Unlike other woodwinds, the movement of air through strategically placed stops creates their distinctive sound, not reed vibration. Many types of flute have emerged over time. Different types of flute, most commonly played professionally, are in the Western concert flute category. The four […] 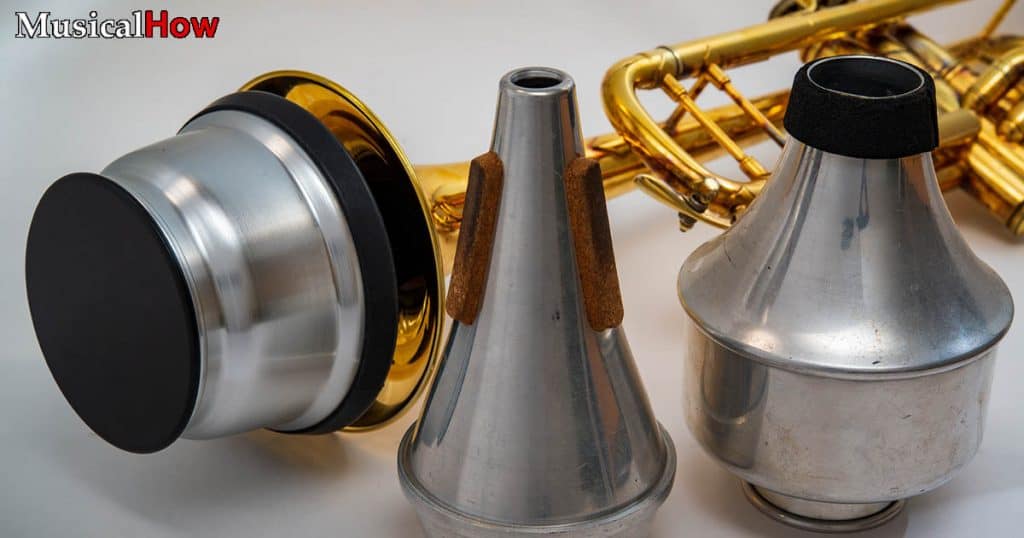 Everyone knows what a trumpet looks like, but have you ever seen a trumpet with something inserted into the bell to change the sound of the instrument? We know these as trumpet mutes, and when used correctly they can completely alter the way a trumpet sounds! Not all mutes are the same, though. We use […] 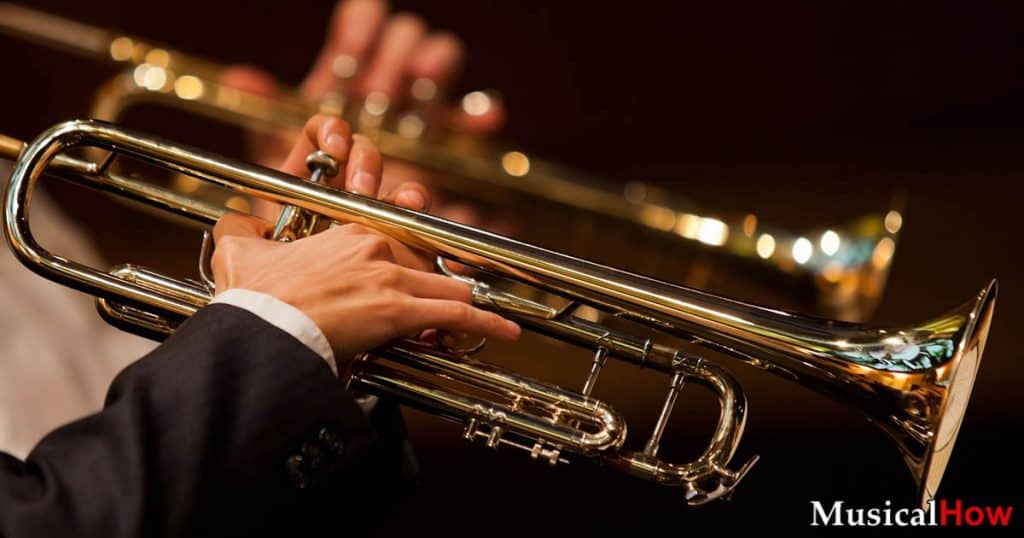 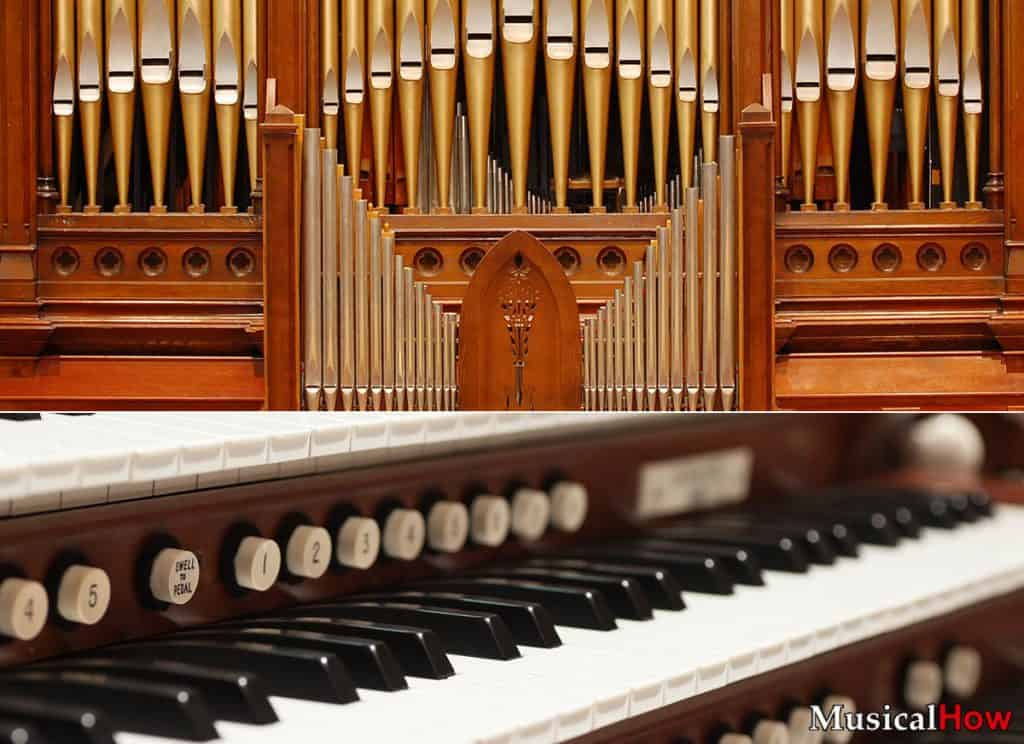 The pipe organ is one of the largest and most versatile intruments in the world, combining up to nine octaves through pipes of various sizes, types, and materials. Each pipe produces a unique sound based on the various characteristics of its design. This article will explore the different types of organ pipes, including different materials […] 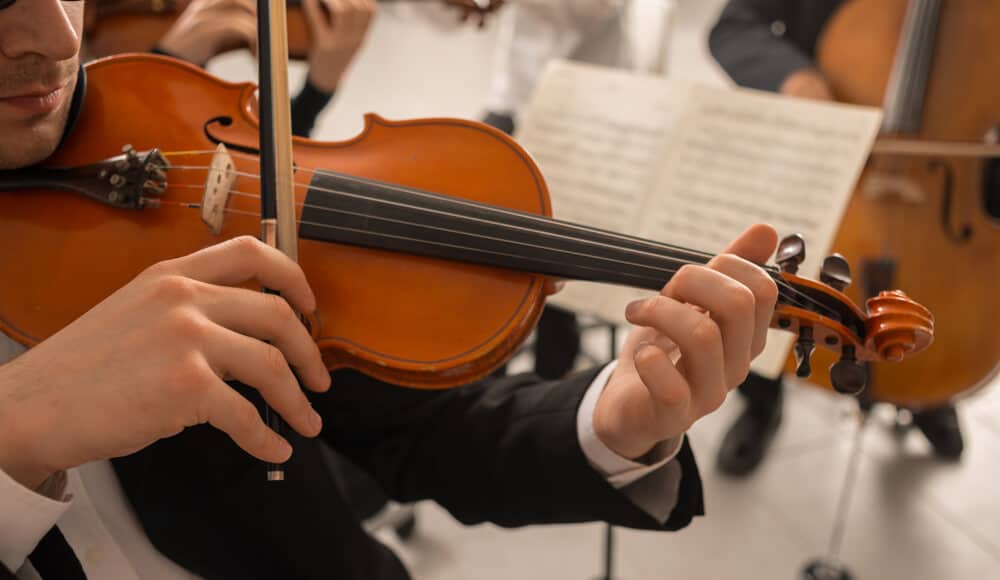 A violin, referred to as a fiddle at times, is a wooden string instrument that is played mostly by drawing the bow hair across the strings (bowing) to produce sounds that are powerful enough to evoke almost any emotion from the listeners. The strings can also be plucked by the fingers (pizzicato) or struck by […] 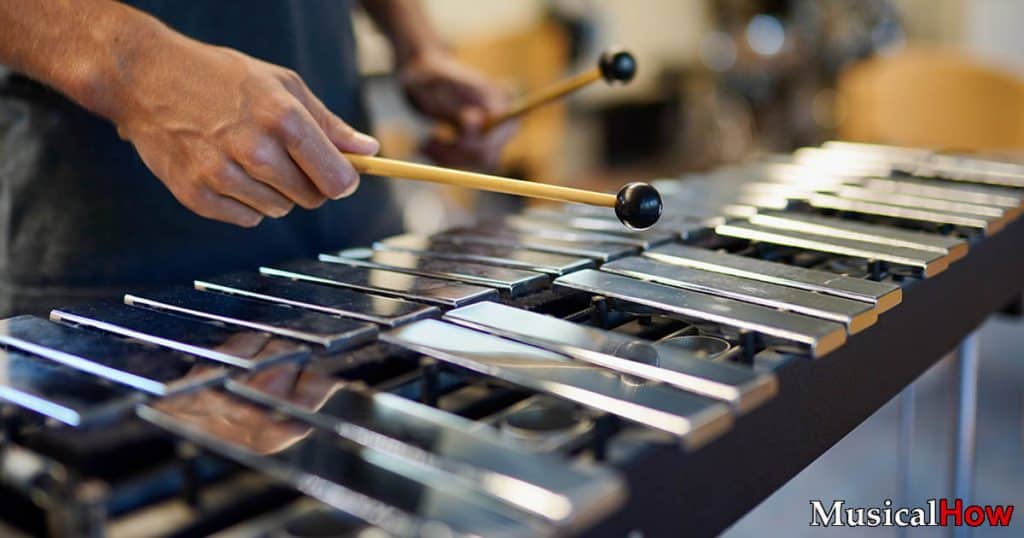 Xylophones are a percussion instrument consisting typically of wooden bars struck by various types of mallets. Each bar or “key” is tuned to one specific note on the scale. The notes are arranged similar to a piano. Xylophone can be a broad term used to refer to many instruments with similar makeup, to include the […] 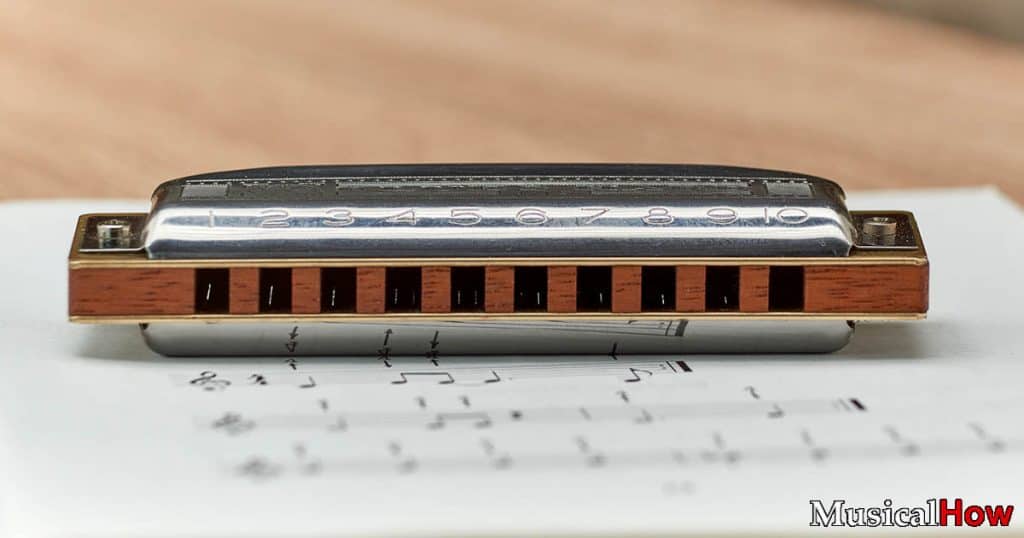 The harmonica has been part of world culture since 3000 years ago in China with a simple reed instrument called “sheng“. The famous German-based Hohner Company brought the harmonica to America in the 19th century, where it became associated with American blues, jazz, folk, and country music. However, not every harmonica is the same, although […] 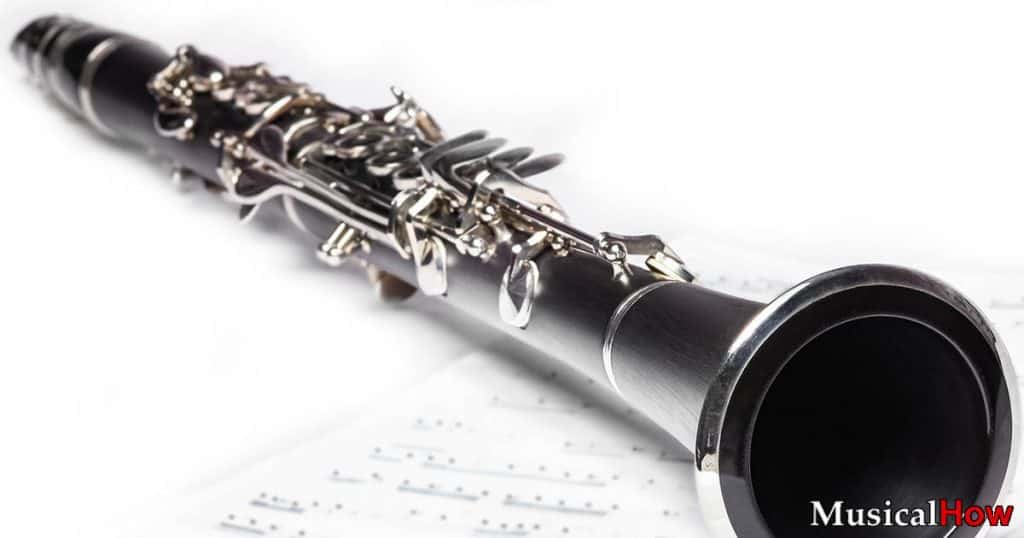 These clarinets cover a wide range of voices and provide a unique, sometimes whimsical voice to pieces. Their smooth, rich tone in lower registers distinguished them from brassier sounds, and each variety creates its own space in music. Definition of Clarinet The clarinet family encompasses many voices, including: Soprano Alto Bass Despite this range, they […] 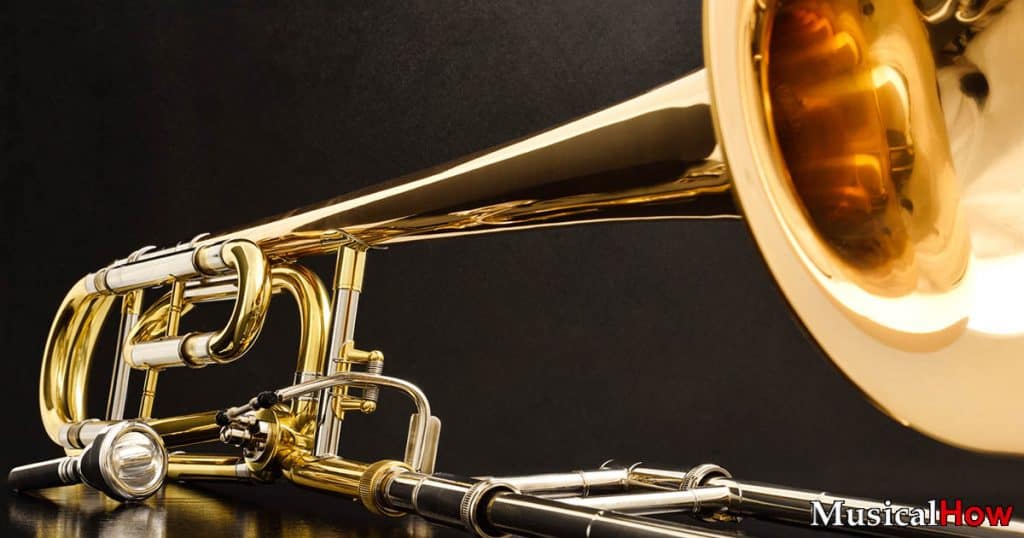 While the tenor and bass trombones are the most popular varieties in use today, there are many other types to cover additional registers. Trombones have a rich history and their unique slide structure can help you distinguish them from other instruments in any ensemble Definition of Trombone Trombones are instruments in the brass family distinguished […] 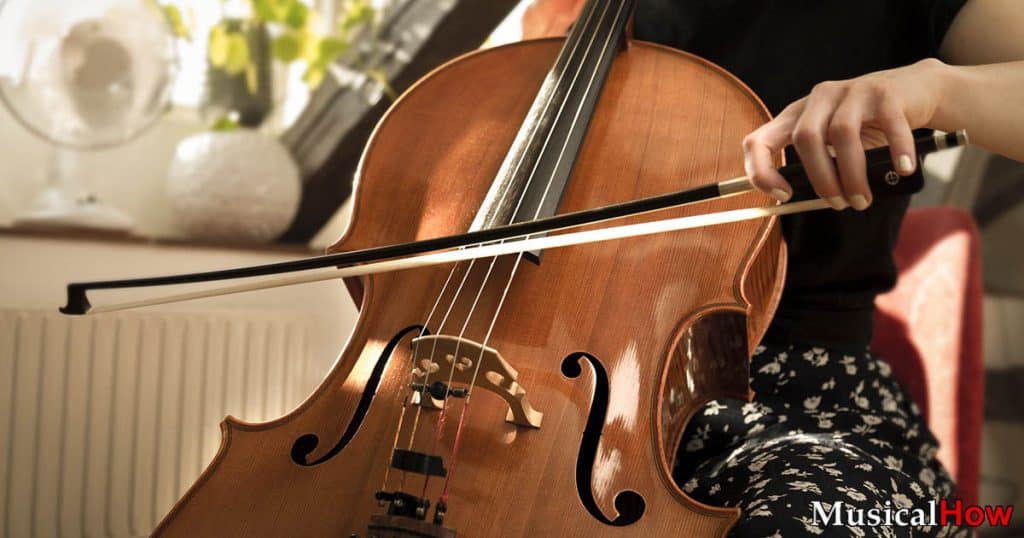 Cellos are not just a large violin, though they are part of the violin family. A standard cello will have four strings tuned a fifth apart: C, G, D, and A. Compared to a piano, the C string is the second lowest C on a piano and it goes up from there. Cellos are classified […] 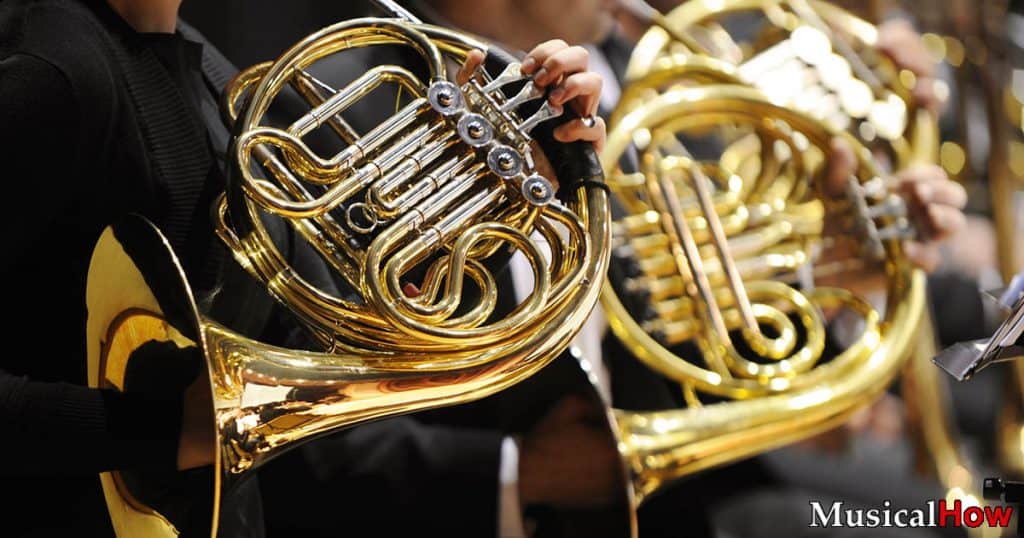 When we imagine horns, we often think of spaghetti westerns or military movies, where buglers trumpet commands to groups of soldiers. However, it is difficult to imagine horns outside of this setting or used in the modern-day, especially if you are unsure what you are looking for beyond a boy scout with a small bugle. […] 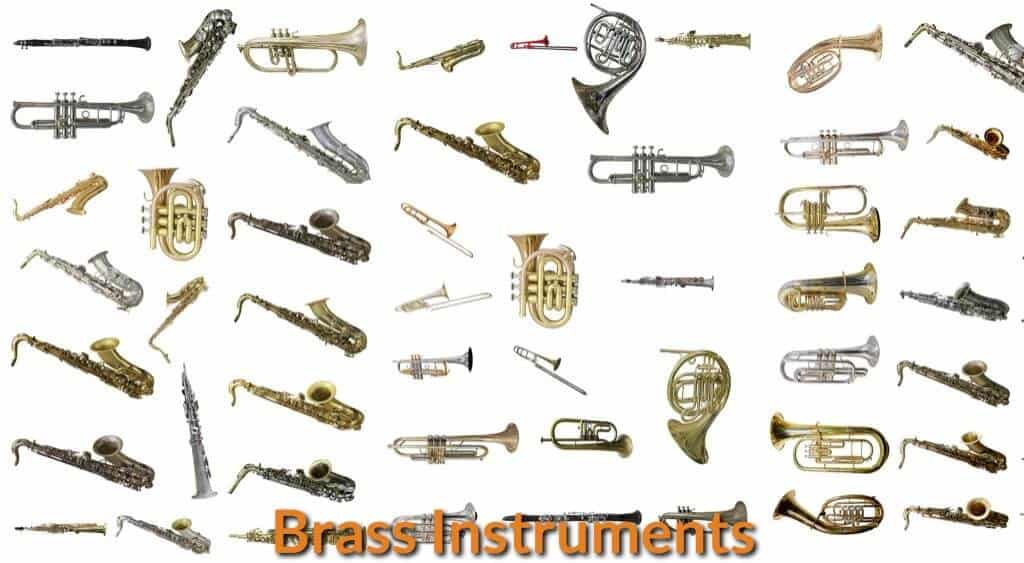 Brass instruments, also known as labrosones, which accurately means “lip-vibrated instrument”, they create sounds with the reverberation and amplification of the vibration of the lips through a “tubular resonator“, made distinct by their size, sound, and material. Scholars and critics have often defined brass instruments with the sound it makes and not by the material […] 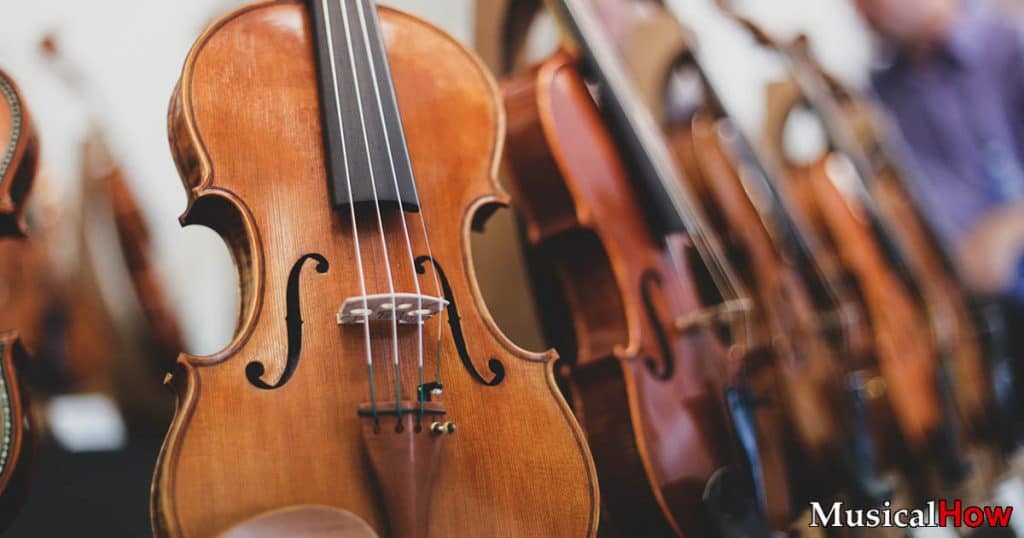 Standard violins are small, wooden, four-stringed instruments which are played with a bow. They were first developed in the 16th century and largely retain their original form, although some features have been modified over time. There are several types of violin which differ significantly from the modern standard model, as well as historical violins (e.g. […] 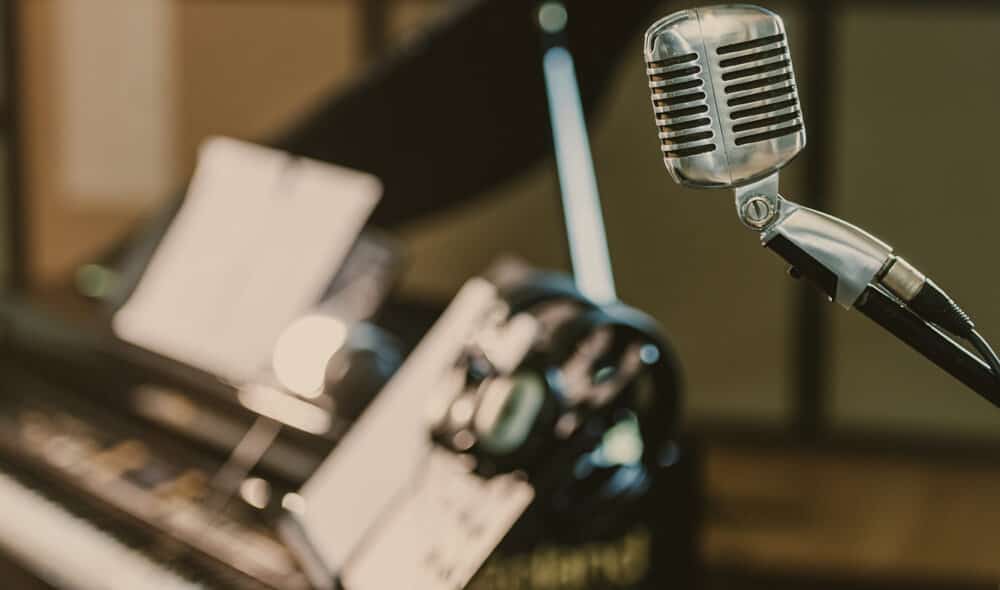 Sometime around the end of last year, I struggled to figure out a way to best capture the piano sound. After engaging in an extensive study on how to do it, I have collated all I’ve learned to come up with this comprehensive article about acoustic piano sound recording. You may find this article useful […] 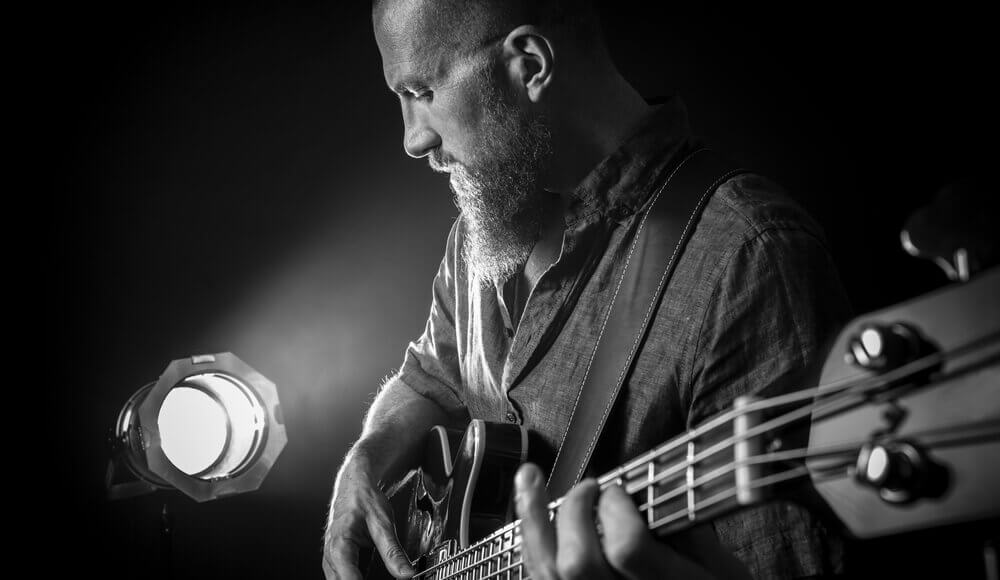 All musicians should take care of their hearing. If you’re a bass player, you probably have had experience playing live in different areas – and suffered from it. While the combination of a lively crowd and your own music is fun, the constant exposure to live, loud music can be painful.  It can also lead […] 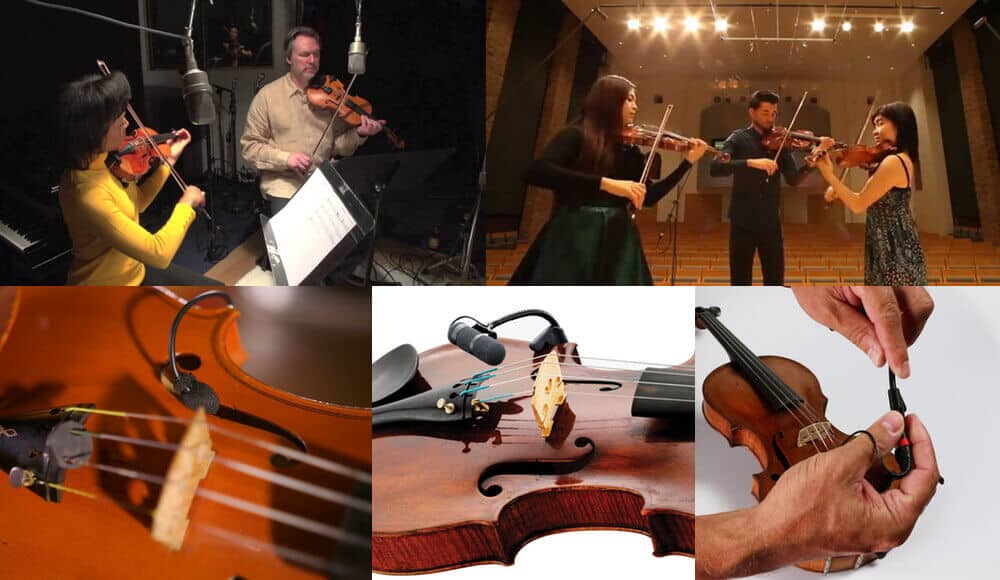 Stringed instruments, like the violin or ‘fiddle’ for some, have a uniquely beautiful sound that should be heard well in an orchestra or any string ensemble. It can be a challenging chore to capture the sound. Amplifying it through the use of microphones is the only way to do it. It would be an injustice […]